Mardin Biennial’s objective is to bring momentum to the city through art, artists, academicians, students and people from different cultures

With the thought in mind to transform Mardin into a center of modern art, the 1st Mardin Biennial was held between June 4 and July 5 2010. The Biennial venues were selected from among the unique historical architectural structures of the city and in places where its inhabitants mingled. The city that abounds in historical, cultural and geographical riches, became for the first time a venue of such an intense and different encounter with contemporary artists. Artistic events that were embraced by this city of such immense historical past soon attained a lasting place in the culture and art map of the world. Thanks to the 1st Biennial Mardin witnessed new encounters and will continue to witness many more to come. The Biennial paved the way for an exchange of views among local and international artists and prominent international art centers. The biennial was a multilateral platform for cultural encounters.

Mardin Biennial’s objective is to bring momentum to the city through art, artists, academicians, students and people from different cultures, to create new mediums of sharing art and to bring new dimensions to the definition of art “center”, and last but not least, to place Mardin at the center of artistic venues through a series of important exhibitions.

The 2nd Mardin Biennial was held between September 21 and October 21 2012, with the collaboration of GAP (Southeast Anatolia Project), the Governorship of Mardin, the Promotion Fund of the Prime Minister’s Office and through contributions of the private sector. The 3rd was held between May4 and June 4, 2018 with the support extended by the Mardin Cinema Association and that of the private sector, while the 4th Mardin Biennial will take place between May 4 and June 4, 2018. 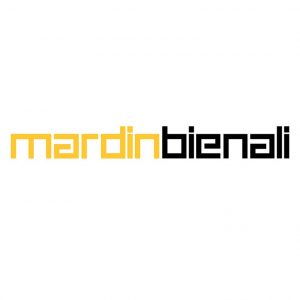