The Quadriennale di Roma is a national institution with the task of promoting contemporary Italian art.

The Rome Quadriennale is a national institution with the task of promoting contemporary Italian art. Its name is linked to the Esposizione Quadriennale d’Arte, the four-yearly exhibition that documents the latest trends in the Italian visual arts.

The Quadriennale’s Library Archive (Archivio Biblioteca della Quadriennale – ArBiQ) protects and promotes a fundamental collection of documents and materials on 20th and 21-st century art, ensuring the continuity and stringency of the Institution’s cultural activity.

The Rome Quadriennale was established in 1927 through a resolution issued by the Governorate of Rome. Its institution, promulgated the following year, was part of an ambitious plan for the reorganization and rationalization of exhibition initiatives throughout the country. The idea was to bring together the most representative trends in Italian art in a single major exhibition that would link the provincial and regional exhibitions, organized by the art trade unions, and the international Venice Biennale. Cipriano Efisio Oppo played a decisive role in launching the initiative. Oppo was an artist, writer, member of Parliament and a director of the art trade union and he organized the first four Quadriennale exhibitions in the role of the general secretary. He was assisted by the chairman Enrico di San Martino, a leading figure in cultural policy in Rome between the end of the 19th century and the first half of the 20th century. It became immediately apparent what Oppo had in mind for the event. The Rome Quadriennale had to become the most important art competition in Italy, offering incentives for exhibitors in the form of awards and an impressive purchasing campaign.

The first two exhibitions (1931 and 1935) were a huge success and paved the way for the institution of the Quadriennale d’Arte autonomous institution in 1937. Participation in the exhibitions was by invitation and application. Artists played the main role, not just as exhibitors but also as members of the panels that decided which exhibitors to invite, accepted works and awarded prizes. The Quadriennali d’Arte of 1931 and 1935, which opened, as was common practice at the time, in the Palazzo delle Esposizioni on via Nazionale, were showcases of the best Italian figurative art of the 1930s, which stood out for its elegant rationalist productions. While the first exhibition saw the participation of all the great masters (Bartoli, Carena, Carrà, Casorati, Sironi Tosi, the Futurists and the Paris-based Italians), the second was targeted more explicitly at the new generations (Pirandello, Cagli, Gentilini, Capogrossi, Mafai, Cavalli, Ziveri, Afro and Mirko). The Quadriennali of 1939 and 1943 were much smaller events, which felt the effects of the ongoing war. A characteristic shared by almost all the first four exhibitions is the fact that rooms were assigned for solo shows. In some cases these were real anthological exhibitions, such as Severini’s solo show at the second Quadriennale with thirty-six works and that of Morandi at the third with fifty-three works.

In 1948, after the war, the Rome Quadriennale re-emerged at the Galleria Nazionale d’Arte Moderna under the more generic title ‘Rassegna Nazionale d’Arti Figurative’. The organization was entrusted to a commissioner, Francesco Coccia, but the aim of the event remained substantially unchanged. The exhibition continued to provide a periodical picture of visual arts in Italy, looking at all lines of research and contemporary art production. The fifth Rome Quadriennale was one of transition, but still succeeded in capturing the key trends in the artistic debate of the time, fuelled by abstract artists, Realists and Neo-Cubists.

In 1950, the historian and critic Fortunato Bellonzi was appointed general secretary and guided the destiny of the institution for more than three decades. The chairman at the time was the writer Antonio Baldini. Bellonzi’s management stood out for taking the historical and critical study of Italian art further, both as regards the publications and the exhibitions.

In the publishing field, the Journals of the Quadriennale and the Contemporary Art Archives series were both published for the first time by De Luca publishing house.

In the exhibition field, the Quadriennali exhibitions continued to carry out their institutional role of providing a periodic picture of contemporary Italian art in order to keep the public up-to-date. However, alongside their focus on contemporary art, they also began to include retrospectives and historic exhibitions, which went on to become increasingly independent of the main event, held in both Italy and further afield.

From the 10th Quadriennale onwards, artists were only able to take part by invitation and the panels were opened up to art critics, who began to play a more and more important role. Bellonzi’s Quadriennali recorded record numbers of artists and works. The packed nature of the exhibitions never failed to generate a lively debate on the relevance of the event’s formula and its actual ability to duly document the latest art trends.

Bellonzi’s era came to an end in the 1980s. The new general secretary was the art critic Giuseppe Gatt, while the chairman was Giuseppe Rossini, then the director of the television channel Rai Tre.The 11th Quadriennale (1986), as well as featuring a historic section covering the period from 1950–80, comprised six thematic sections that documented the various developmental and cultural situations in the mid-1980s.

In the early 1990s, the institution organized a number of important historic exhibitions, such as ‘Secessione Romana 1913–1916’ and the fundamental retrospective on Prampolini (1992). For contemporary art, the 12th Quadriennale was held in three stages on the theme “Italy 1950–1999″. Of these, only the first one actually took place: ‘Profili’ (1992), a historical and critical exhibition featuring the work of thirty-three artists, which documented the directions taken by the most original and incisive expressions of Italian art over the last forty years.

The impasse experienced by the institution over the next three years led to a change in management. The art historian Lorenza Trucchi became the new chairwoman, while Floriano De Santi was appointed general secretary and Barbara Paccagnella became the general manager.

Under Trucchi, the Board of Directors launched ‘Ultime Generazioni’ (1996). The exhibition succeeded in tapping into the dynamism of new recruits in the field that gravitated around Milan and Bologna, without overlooking the scenario in Rome, home to members of the school of San Lorenzo and other young artists.

The 1990s concluded with the historic show ‘Valori Plastici’ (1998) and the 13th Rome Quadriennale ‘Proiezioni 2000’ (1999). At the same time, a book was published on Oppo and work began on organizing the Quadriennale’s Historical Archive.

In 1999, due to the reorganization of the public institutions operating in the cultural sector, the Rome Quadriennale was transformed from an autonomous institution into a foundation. From 2001 it was chaired by Luigi Zanda. The role of general secretary was removed and Barbara Paccagnella became the general manager. After being appointed director of Rai, Zanda stepped down in 2002 and the role of chairman was assigned to the writer Gino Agnese.

The foundation’s Board of Directors launched the 14th Quadriennale with an exhibition programme divided into three separate events during the two-year period from 2003–2005. It ventured outside the capital for the first time, with two previews in Naples (2003) and Turin (2004) dedicated to young artists and a concluding all-round exhibition at the Galleria Nazionale d’Arte Moderna (2005). The Roman exhibition, together with a core group of one hundred living artists, opened a window onto international art and also included two retrospectives devoted to the Quadriennali of 1931 and 1948.

In the meantime, in 2004, the foundation changed its headquarters and moved to the monumental Villa Carpegna complex. In the same year it organized the conference on ‘Art and Culture in the 1990s’ and resumed publication of the Journals of the Quadriennale.

The 15th Quadriennale d’Arte was held at the Palazzo delle Esposizioni di Roma in 2008. The critics on the panel were Chiara Bertola, Lorenzo Canova, Bruno Corà, Daniela Lancioni and Claudio Spadoni. While the previous exhibition had extended to the masters of the 1960s and 1970s who were still in activity, this time it focused its attention on the generations of artists who had begun to become established in Italy from the 1990s onwards. The opening of the exhibition, which featured ninety-nine artists, paid homage to Luciano Fabro one year on from his death. The second term in office of Gino Agnese ran from 2009 to 2011. Ilaria Della Torre was appointed general manager. The activities intensified at Villa Carpegna, including the ‘Artista CHIAMA Artista’ exhibition cycle with three events dedicated to young artists. With the centenary of Futurism, work began on an up-to-date and extended edition of the Archivi del Futurismo (De Luca Editori d’Arte). In January 2012, the journalist Jas Gawronski was appointed chairman.

The Fondazione Quadriennale di Roma, Italy’s national institution aimed at promoting contemporary Italian art, is proud to announce the launch of its fourth Q-INTERNATIONAL grant (Fall 2019), aimed at supporting non-Italian institutions and organisations which showcase Italian artists. After the assignment of the first three grants (Spring 2018, Fall 2018 and Spring 2019) which awarded… 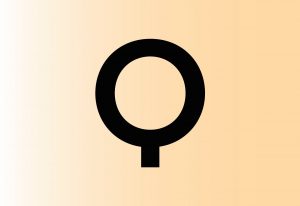