The Anyang Public Art Project (APAP) is a public art event organized by the city government of Anyang for re-imagining the ways in which citizens make sense of their city.

When the first edition was initiated in 2005, the Anyang Art Park was newly established. Since then contemporary artworks and programs have been brought to a broad audience in and out of the city.

About 20 kilometers away from the capital, Anyang is a commuter town near the Seoul metropolitan area. It is a home for diverse communities and is surrounded by mountains on all four sides and fed by the Anyang Stream. The name of Anyang, which originates from a temple built during the Goryeo Dynasty (918-1392) that adopted Buddhism as a state religion, refers to utopia where one resets one’s mind and body. Currently more than 600,000 people live in Anyang, comprising 225,000 households.

The 4th Anyang Public Art Project (APAP) is at once a review and a comment, a comma and an exclamation point to the APAP that has grown rapidly since its inauguration in 2005. 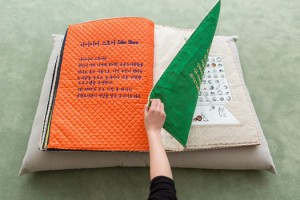