In 1968 the State of Bahia launched the second edition of its Arts Biennale, which lasted just two days. Closing a gap of 46 years, the state of Bahia resumed in 2014 its Biennale of visual arts as a continuity of the 1966 and 1968 editions.

Ten of the artworks exhibited were considered “subversive” and duly confiscated, their authors arrested, some of them tortured or forced into exile. The project of having a privileged venue for contemporary arts in Brazil out of the dominant scene of São Paulo and Rio de Janeiro was thus aborted, and a whole generation of artists had to work within a circumscribed, limited dialogue, stuck in the outskirts of the globalized art circuit and its markets.

Closing a gap of 46 years, the state of Bahia resumed in 2014 its Biennale of visual arts as a continuity of the 1966 and 1968 editions. It brings back the intentions of the original project: establishing a counter-discourse that is suitable for creating, promoting and establishing alternative routes in the art field, without the need to depend on legitimation from other national and international centers. The Biennale also updates the original project to the current Brazilian and international contexts, where the concepts of center and periphery are being redefined.

The 3rd Bahia Biennale (Bienal da Bahia) enters its final phase with all of the 30-plus exhibitions, film cycles and actions spread all over Salvador and the state of Bahia along with several artistic occupations of public and private spaces.

The 3rd Bahia Biennale (Bienal da Bahia) announces the opening of its second season, adding a new set of exhibitions, debates and public actions to the extensive program initiated on May 29, 2014. 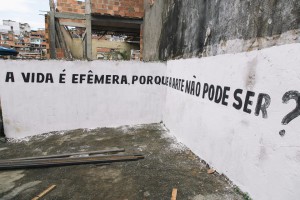 Actions and exhibitions are scattered between Bahia's Museum of Modern Art (main) and 30 locations in Salvador and other 10 cities in the State of Bahia, Brazil. 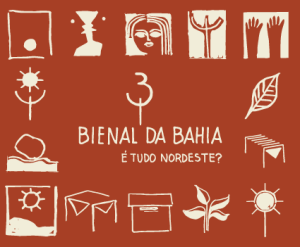