The International Sculpture Bienniale in Borås — also known as the city of sculptures — is organized every two years by the Borås Museum of Modern Art along with the City of Borås.

Borås Art Biennial is organised by the Borås Art Museum. Established in 2008, the biennial has focused on presenting sculpture in public spaces. In 2021 Borås marks the 400th anniversary of its founding with a jubilee celebration. In conjunction with the festivities, the Borås International Sculpture Biennale has changed its name to the Borås Art Biennial. 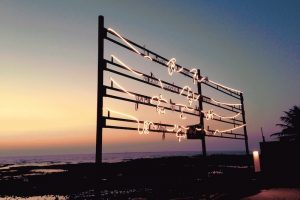