The first documenta was created in 1955 by Kassel painter and academy professor Arnold Bode, making it one of the longest running international art events.

The exhibition, which was launched as the accompanying program to the Bundesgartenschau -German Federal Horticultural Show- that was held in Kassel that year, took an historical and documentary/reconstructive approach. It showed the development of the major artistic groups since the beginning of the century: Fauvism, Expressionism, Cubism, Blauer Reiter, Futurism and Pittura Metafisica. Pre-War Modernism was deliberately displayed in all its European ramifications. Bode highlighted the works in the ruins of the Museums Fridericianum, today still the main building for documenta.

Alongside Venice’s Biennale, documenta is seen as the most important, regularly occurring exhibition for modern and contemporary art in the world. It has reflected the common notion of a centralised art world, as for many years only European and American artists were represented. After the period of Nazi dictatorship, it was intended to reconcile German public life with international modernity and also confront it with its own failed Enlightenment.

Werner Haftmann, art historian and the conceptual brain behind documenta 1-3, described the intention of the first documenta as follows: ‘It should be seen as a broad, if initial attempt, to regain international contacts across the board and thus at home re-engage in a conversation that has been interrupted for so long, as it were’. Haftmann believed that the exhibition also had a didactic brief: ‘It is devised with our young generation in mind, and the artists, poets and thinkers they follow, so that they may recognize what foundations have been laid for them, what inheritance they must nurture and what inhertance must be overcome’.

Thus, attention was also directed toward contemporary art. The idea was, on the one hand, to take intellectual stock of things, to enquire what possibilities there were for taking up the artistic positions of the first half of the century and, on the other, to identify the role young German art could play in the international scene. In this regard, documenta1 was the first post-War forum where German and other European artists met again.

The singular character of the exhibition has been preserved. Since the fifth documenta (1972), every five years, a new artistic director is chosen and the exhibition is reinvented.

Call for applications: Goethe-Institut Fellowship at the documenta Institute

The Goethe-Institut, the documenta archiv and the Kunsthochschule Kassel (University of the Arts Kassel) / University of Kassel are launching Goethe-Institut Fellowship program for international young scientists and researching artists and curators at the documenta Institute. Twice a year, starting in October 2020, one fellowship holder each—preferably from non-European countries or European countries comparatively underrepresented… 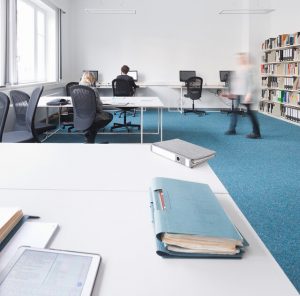 documenta fifteen and lumbung practice. Announcement of the first lumbung-members

lumbung is the Indonesian word for a collectively governed rice-barn, where the gathered harvest is stored for the common good of the community. ruangrupa has built the foundation of documenta fifteen on its core values and ideas. lumbung, as a concept, is the starting point for documenta fifteen. Over the coming years, lumbung will be… 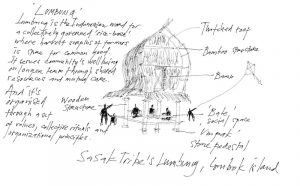 The Goethe-​Institut and the documenta archiv in Kassel have launched a new fellowship program for international curators and researchers. During six month-​long research stays in Kassel, starting in the spring of 2020 six fellows will be given the opportunity to explore their locally based research interests in conjunction with individual aspects of documenta’s history. Their… 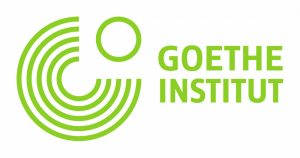 Nominated unanimously by the International Finding Committee the Supervisory Board appointed ruangrupa, a collective of artists and creatives from Jakarta, Indonesia, with a ten-member core as the artistic direction of documenta 15. This was announced by the general director of documenta und Museum Fridericianum gGmbH, Dr. Sabine Schormann, today. As a result, documenta will be… 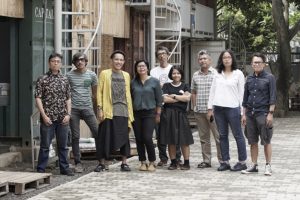 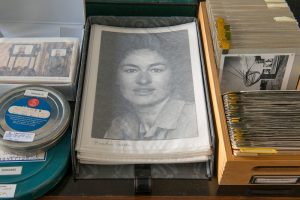 The German state of Hesse has secured funding for the creation of three professor positions dedicated to the research into the history of Documenta. The initiative is a part of the process of establishing a new documenta Institut in Kassel. The long- standing idea of expanding the existing documenta archive into an independent research institute is… 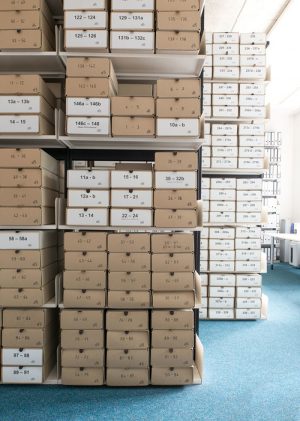 Open Letter on the Future of Documenta 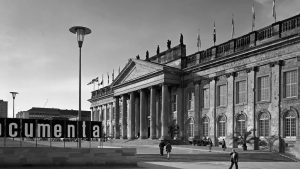 Among the allegations of mismanagement of public funds and imminent insolvency of documenta's parent company, the artistic team of documenta 14 led by Adam Szymczyk issued the following statement this morning: Statement from the Artistic Director and Team of documenta 14 We read with astonishment the articles that were published on September 12 in the…

The Art of the Possible: With and Against documenta 14

by Andrew Stefan Weiner The obvious reason that some critics have cast Szymczyk and his team as morally superior “social justice warriors” is that it is much easier to fling stereotypes than it is to work through the complex implications of the fundamental message that this documenta means to communicate. At the core of this sprawling, wildly ambitious, sometimes incoherent, but certainly worthwhile exhibition lies a deceptively simple proposition: that art can and should serve the cause of justice, but not always in the ways we might expect. 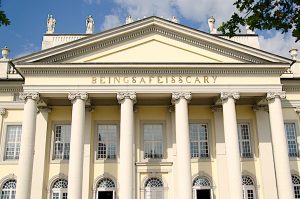 The story published in artnet news today brings to fore the question of accountability of biennial curators. Reporting on what could be seen as cases of nepotism in this year’s Venice Biennale and documenta 14, the two most high-profile contemporary art events in the world, the authors articulate a series of questions about the tacit… 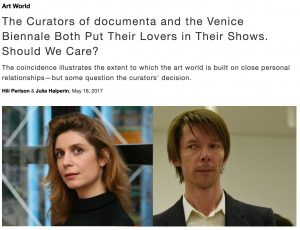 documenta 14 is founded on several important institutional partnerships in Athens and Kassel. Each of these individual relationships with institutions—and the people who make them work—results in specific programming, research, and collaborative projects. Working together with partner institutions, documenta 14 points to a public sphere that is non-exclusionary and defined by encounters and possibilities—a public… 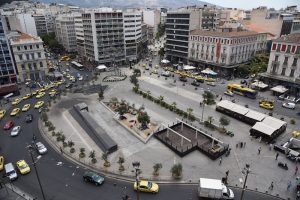 documenta 14 and the National Museum of Contemporary Art announce collaboration

Mondays at midnight from December 19, 2016 to September 18, 2017 Keimena is a weekly broadcast of films presented by the Hellenic Broadcasting Corporation (ERT), and organized by documenta 14. By relying for its presentation on ERT, Greece's public television broadcaster, the project aims to extend documenta 14’s scope into viewers’ homes, imagining and constituting… 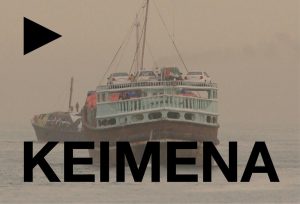 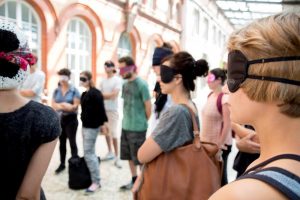 Launch of documenta 14’s South as a State of Mind

Launch of documenta 14’s South as a State of Mind 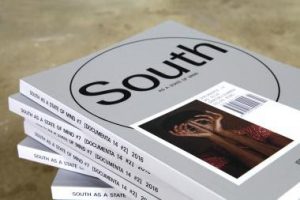 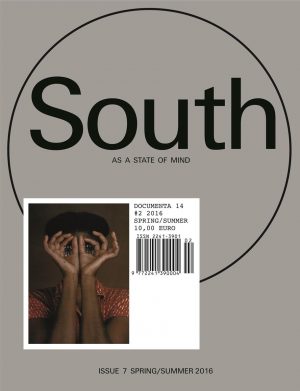 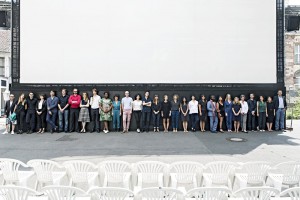 Symposium 'Expanding Thought-Collectives': What Are the Origins of the Theories Underpinning the Last Four Documentas and How Do We Evaluate Them Today? 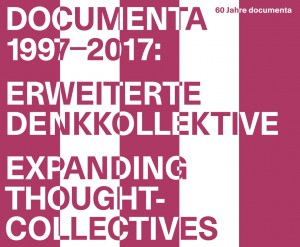 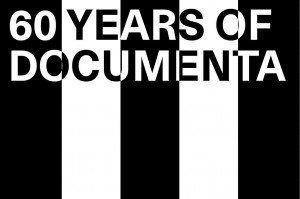 Documenta 13: what is a documenta without a concept? Read the Essay online on ISSUU.

Documenta 13: what is a documenta without a concept? 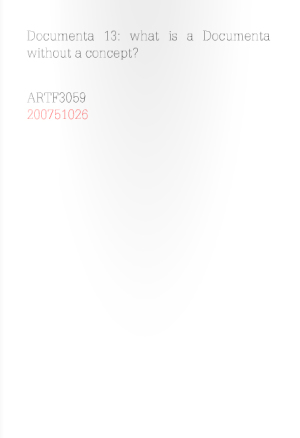 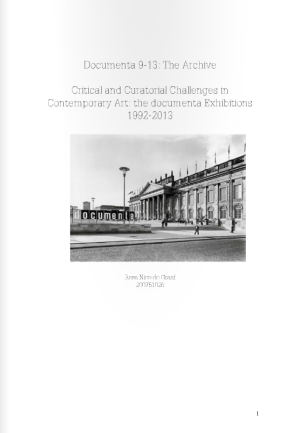 The documenta archive is known for including correspondence, newspaper articles, photographs, exhibition plans, and maps. Also included are donations and estates left by many artists, as well as the entire correspondence of Documenta founder Arnold Bode.

The documenta Archiv in Kassel. 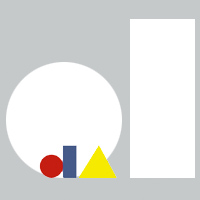 Documenta 14 intends to learn from the city of Athens and its citizens, instead of parachuting a prepackaged event from Kassel into one or several picturesque venues. 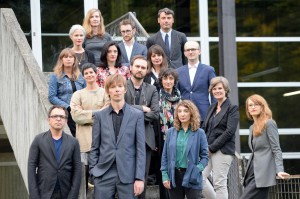 Adam Szymczyk has been elected as the Artistic Director of documenta 14, which is scheduled to take place from June 10th, to September 17th, 2017, in Kassel.

Worlding: Reasearch in Art as a practice of intra-action and multispecies co-evolution. 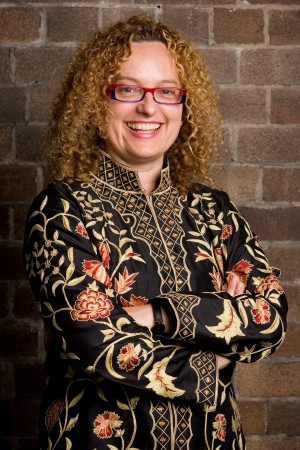 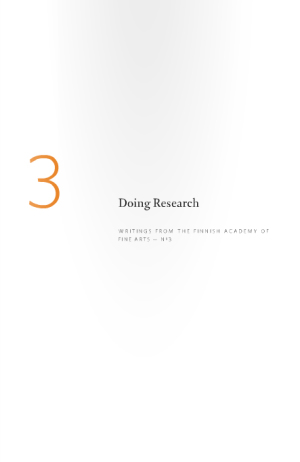 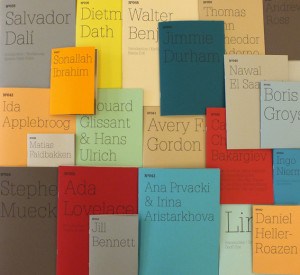 3-day series of meetings with artists and intellectuals in Ilya Kabakov’s former studio in Moscow from October 3–5, 2011, in the lead up to and as part of preparations for dOCUMENTA (13). 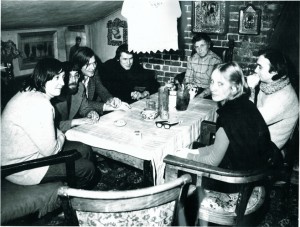 Opportunity to work on the development of dOCUMENTA (13).

documenta 13 and Hatje Cantz: a series of books driven by the logic of the mind-at-work, presenting, writing, and drawing scenarios that point outside the normative bounds of academic text production. 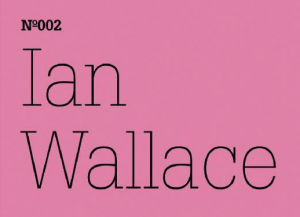 The documenta Archiv is pleased to present „Laurie Anderson: pioneer of performance art“, a three day symposium from May 27-29, 2011.

Chus Martínez, Agent, Member of Core Group, Head of Department in the curatorial office of documenta 13 in Kassel.

d documenta was a two-day conference taking place on 18,19 September 2009, aiming to provide a forum of discussion and reflection on the history of documenta, its various incarnations and its future.

A conference towards documenta 13 at Castello di Rivoli. 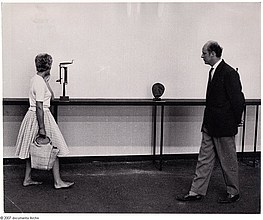 Carolyn Christov-Bakargiev has been elected the Artistic Director of the documenta 13, which is scheduled to take place from June 9th, 2012 to September 16th, 2012 in Kassel. 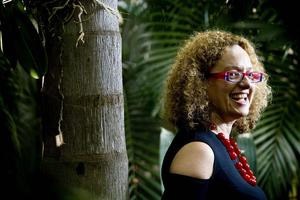