Frestas Art Triennial is carried out by SESC, Social Service of Commerce, a private, non-profit organization with nationwide presence. SESC’s network in the state of São Paulo includes 36 centers that put on permanent exhibitions, as well as many other artistic initiatives, such as concerts, theatre plays, dance performances, film shows and literary meetings, to name a few. Its visual arts program focuses mainly on contemporary art, organizing collective and individual exhibitions by local and international artists from different generations. The program also features courses, workshops, seminars and other educational initiatives.

Frestas Art Triennial’s first edition, titled “What would be of the world without the things that don’t exist”, took place at SESC Sorocaba, from 8 October 2014 to 3 May 2015, and was curated by Josué Mattos. It featured the work of 115 Brazilian and international artists and was attended by 11 thousand local students and thousands of visitors. The exhibition area covered three thousand square meters of SESC facilities as well as other spaces made available by the Sorocaba City Hall, such as the Barracão Cultural (Cultural Warehouse), the Sorocabana Railroad Museum and the Scarpa palace.

The second edition of Frestas Art Triennial will be held from August to December 2017 and will include an exhibition at SESC Sorocaba, installations at the city’s historical sites, performances, seminars, publications and a number of educational initiatives. The project will be curated by Daniela Labra, historian and art critic, who will be assisted by curator Yudi Rafael. Fabio Tremonte will be the curator for the educational program.

3rd Frestas Triennial of Arts - The River Is a Serpent

3rd Frestas Triennial of Arts The River Is a Serpent August 21, 2021–January 30, 2022 In August, the SESC unit in the city of Sorocaba (90 km from São Paulo) opened the exhibition of the third edition of Frestas – Triennial of Arts, curated by Beatriz Lemos, Diane Lima and Thiago de Paula Souza, with curating assistance by Camila Fontenele and educational… 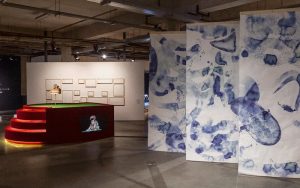 Sesc presents Frestas – Triennial of Arts 3rd edition: The River is a Serpent

The 3rd edition of the Frestas – Triennial of Arts The River is a Serpent will start an online program that takes place from October to December of 2020, after reformulating its initial proposal due to the impact of the Covid-19 pandemic. Organized by SESC São Paulo, in Sorocaba (a municipality located 87 km from…

Frestas is a triennial initiative—a project, program and exhibition—that is part of the wide-ranging cultural agenda of SESC São Paulo. A transdisciplinary platform, it promotes new actions and reflections in a broader field of the visual arts, engaging the public and the circuit in a more decentralized way. Frestas is concerned with a passage, cracking… 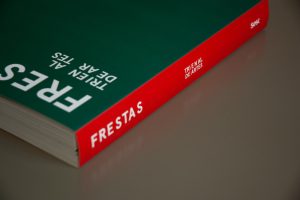 Frestas Triennial 2017 In Between Post-Truths and Events

Frestas Triennial 2017 In Between Post-Truths and Events 12 August - 3 December 2017 Sesc Sorocaba, Brazil This edition of Frestas has associated the name of the event with the notion of interstice: an in-between space full of sensitivity and transforming creative potency, where the ambiguity and the indefinition of concepts, forms and models is…

The first edition of Frestas – Art Triennial is born out of a plural score, expository cores, symposium and diversified actions. 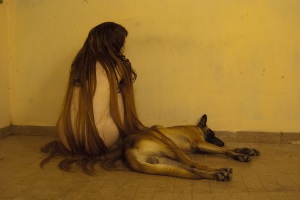