Kathmandu Triennale is a non-commercial, mega art event organized by Siddhartha Arts Foundation (SAF) to promote Nepali arts and culture. The event presents contemporary (and traditional) art by Nepali and international artists on particular edition themes and develops programming and outreach to explore the pedagogical potential of the arts.

Goals and objectives for the event have been derived from the past successes of the historic Kathmandu International Art Festival, held in 2009 and 2012. A priority has been set to engage the national art scene in capacity building through in-depth exchanges between Nepali and international artists, curators, experts and institutions. And the implementation approach has been devised to promote ownership of the event amongst relevant local stakeholders.

Both editions of Kathmandu International Art Festival (KIAF) were the largest non-profit art exhibitions held in South Asia. The 2009 edition was widely received as a landmark event for Nepali arts. It featured 111 artists from 25 countries who exhibited for 12 days at 6 different venues. This inaugural edition was organized by Siddhartha Art Gallery (SAG) and focused on the theme of “Status of Women.” The event was inaugurated by Rashmila Shakya, former Kumari, who embodied the concerned theme. A 3-day symposium was organized by SAG to complement the visual component of the event. Mondriaan Foundation, a patron of the Festival, hailed the Festival as their highlight for the 2009 funding cycle.

The change from Festival to Kathmandu Triennale reaffirms SAF’s commitment to engendering a distinguished Nepali voice in global arts through consistent and critical programs. Our re-articulated logo—the gajur —is a fitting embodiment of our vision. The instrument is believed to facilitate the ascension of gods from earthly temples to the heavens. Kathmandu Triennale, too, hopes to be the stepping stone for Nepali arts to reach its pinnacle. The new format is built on the strengths of the past Festivals with revisions to prioritize impact. SAF has adapted the accepted pavilion format of biennale events to create a synergetic approach. By inviting other curatorial projects to the event, SAF is able to extend event scale without putting strain on its financial goals. This means more exhibitions and programming, more perspectives and more engagement with the event’s thematic reflections.

Siddhartha Arts Foundation (SAF) was established in 2011 with the mission to promote and develop various Nepali arts. Besides organizing KT, SAF runs an education program (SAF Education Initiative) and continually collaborates with institutional partners to facilitate exchanges between national and international art practitioners and related professionals. In partnership with the Center for Culture and Development (Denmark), the Foundation has been hosting capacity building exercises and training for art managers, curators and writers. Also, with support from Artworks for Change (Oakland, California) the Foundation has created the True Stories Project—a series of workshops that trains trafficked and orphaned woman/girls to become visual storytellers.

SAF is headed by a 7-member Board of Directors and is run by Chair of the Board who also serves as the Director of the Foundation. As a member of the Social Welfare Council, SWC is also regarded as a supervising agency. For its projects, like KT 2017, SAF nominates a Advisors’ Committee which includes government agents and private industry leaders. The main executive team for KT 2017 includes the Triennale Chair and Curator of the edition. Given the serious production phase to be taken on during the month of March, S.M.A.K Production Leader Bjorn Heyzak will be in charge of all production related activities.

Kathmandu Triennale 2020 is delighted to announce the appointment of Kathmandu-based artists Hit Man Gurung and Sheelasha Rajbhandari as Curators of the upcoming edition, joining Artistic Director Cosmin Costinas. The Triennale is organized by Siddhartha Arts Foundation and will take place between December 4, 2020 and January 9, 2021 across multiple venues and public spaces in Kathmandu, including the 16th… 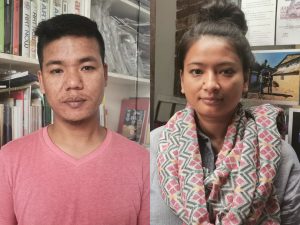 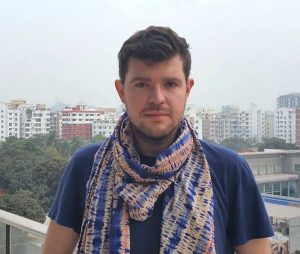 Making Place: a report on the first Kathmandu Triennale

by Zeenat Nagree Outsiders occupy a unique position to look in, to observe or to critique. Patterns and characteristics that are unrecognisable or even irrelevant to insiders come to the fore; insights gained and buried layers exposed. Such encounters are commonplace in the art world, unremarkable almost. Yet, the depth and complexity brought by these encounters deserves particular attention when they involve artistic transactions, sites of visibility, and history writing – occurring in the context of large exhibitions, such as biennials or triennials. 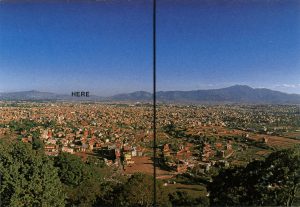