Kochi-Muziris Biennale seeks to invoke the historical cosmopolitan legacy of the modern metropolis of Kochi, and its mythical predecessor the ancient port Muziris.

Kochi-Muziris Biennale is India’s first ever biennial of international contemporary art and its story is unique to India’s current reality—its political, social and artistic landscape. It began as a government initiative, when the Department of Cultural Affairs of Government of Kerala approached two artists—Riyas Komu and Bose Krishnamachari—to help organize an international platform for art in India. The challenge was proportionate to the ambition of the project. A biennial had never gotten past the conceptual stage in India before. There was no existing infrastructure necessary for an exhibition of this scale—no spaces and no institutional support structures.

With the support of the government, private patrons, and local businesses the Biennale found the spaces and opened them up for art. The Indian art community has been growing rapidly and has been emerging onto the world stage, and the international arts community offered their support in sending art and artists to participate in Kochi. Artists became the spokespersons and activists for the biennale.

The Kochi-Muziris Biennale seeks to invoke the latent cosmopolitan spirit of the modern metropolis of Kochi and its mythical past, Muziris, and create a platform that will introduce contemporary international visual art theory and practice to India, showcase and debate new Indian and international aesthetics and art experiences and enable a dialogue among artists, curators, and the public.

The Kochi-Muziris Biennale seeks to create a new language of cosmopolitanism and modernity that is rooted in the lived and living experience of this old trading port, which, for more than six centuries, has been a crucible of numerous communal identities. Kochi is among the few cities in India where pre-colonial traditions of cultural pluralism continue to flourish. These traditions pre-date the post-Enlightenment ideas of cultural pluralism, globalisation and multiculturalism. They can be traced to Muziris, the ancient city that was buried under layers of mud and mythology after a massive flood in the 14th-century. The site was recently identified and is currently under excavation. It is necessary to explore and, when necessary, retrieve memories of this past, and its present, in the current global context to posit alternatives to political and cultural discourses emanating from the specific histories of Europe and America. A dialogue for a new aesthetics and politics rooted in the Indian experience, but receptive to the winds blowing in from other worlds, is possible.

The Kochi-Muziris Biennale seeks to establish itself as a centre for artistic engagement in India by drawing from the rich tradition of public action and public engagement in Kerala, where Kochi is located. The emergence of Kerala as a distinct political and social project with lessons for many developing societies owes also to aesthetic interventions that have subverted notions of social and cultural hierarchies. These interventions are immanent in the numerous genres and practices of our rich tradition of arts. In a world of competing power structures, it is necessary to balance the interests and independence of artists, art institutions, and the public.

The Kochi-Muziris Biennale seeks to reflect the new confidence of Indian people who are slowly, but surely, building a new society that aims to be liberal, inclusive, egalitarian and democratic. The time has come to tell the story of cultural practices that are distinct to the Indian people and local traditions, practices and discourses that are shaping the idea of India. These share a lot with the artistic visions emerging from India’s neighbourhood. The Biennale also seeks to project the new energy of artistic practices in the subcontinent.

The Kochi-Muziris Biennale seeks to explore the hidden energies latent in India’s past and present artistic traditions and invent a new language of coexistence and cosmopolitanism that celebrates the multiple identities people live with. The dialogue will be with, within, and across identities fostered by language, religion and other ideologies. The Biennale seeks to resist and interrogate representations of cosmopolitanism and modernity that thrive by subsuming differences through co-option and coercion.

The Kochi-Muziris Biennale seeks to be a project in appreciation of, and education about, artistic expression and its relationship with society. It seeks to be a new space and a fresh voice that protects and projects the autonomy of the artist and her pursuit to constantly reinvent the world we live in.

The Kochi Biennale Foundation is also engaged in the conservation of heritage properties and monuments and the upliftment of traditional forms of art and culture. The Foundation was founded in 2010 by artists Bose Krishnamachari and Riyas Komu. 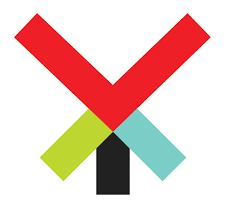 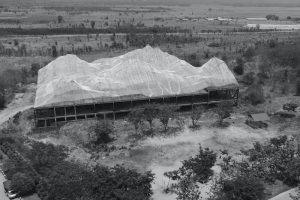 It is with great excitement that the Kochi Biennale Foundation announces the first list of participating artists for the fourth edition of the Kochi-Muziris Biennale. In its title, the Biennale is an invocation of the latent cosmopolitan spirit of the contemporary metropolis, Kochi, as well as its mythical past—the ancient port of Muziris, a centre of… 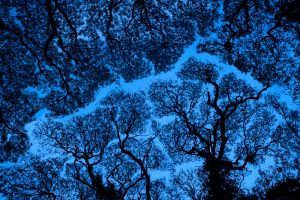 How to Biennale! An Exchange of ideas at Tate Modern

How to Biennale! An Exchange of ideas at Tate Modern 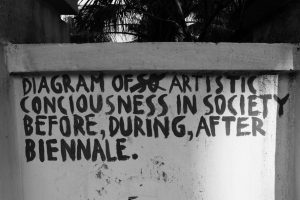 Indian contemporary artist Anita Dube has been named the curator for the fourth edition of the Kochi-Muziris Biennale (KMB), beginning December 2018. The selection is in keeping with the Biennale’s long-standing tradition of being an exhibition helmed by an artist. The announcement was made at the closing ceremony of KMB 2016 on March 29 in… 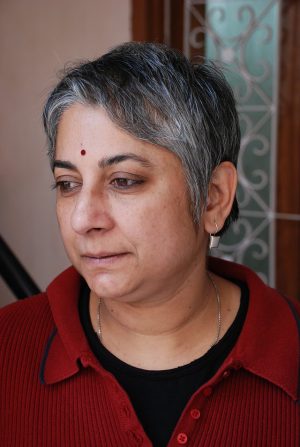 by Robert E. D’Souza and Sunil Manghani Far from the recognised centres of contemporary art of Mumbai and Delhi, the Kochi-Muziris Biennale has generated a great deal of interest among the art fraternity. Now into its third edition, the Biennale’s ‘creation myth’ still pervades with nostalgia for how – ‘against all odds’ – it came to fruition. 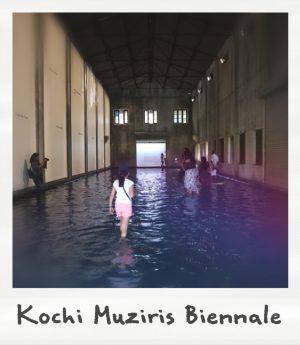 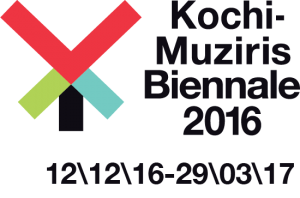 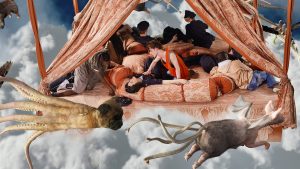 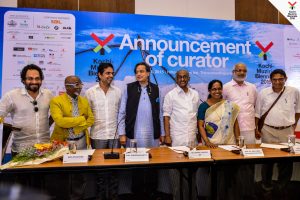 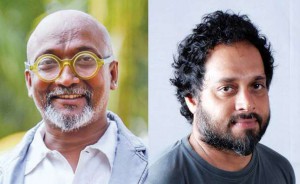 Kochi Biennale Foundation announced Sudarshan Shetty as the artistic director and curator of the third edition of Kochi-Muziris Biennale. 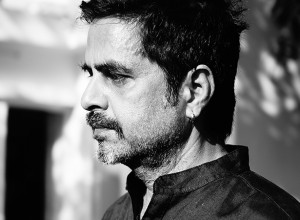 Whorled Explorations, the second edition of the Kochi-Muziris Biennale curated by Jitish Kallat and featuring 94 artists, will open on December 12 across eight venues in Kochi, Kerala, India. 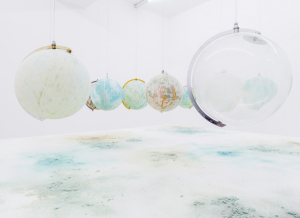 On site in Kochi has begun the installation of major projects for the upcoming Biennale. Unfortunately the much awaited funds from the Government has been significantly delayed. 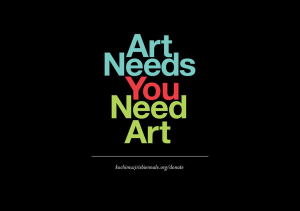 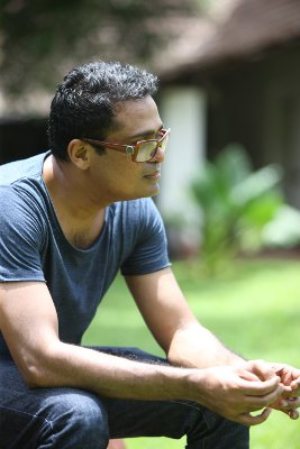 The Kochi Muziris Biennale 2012 awarded as most innovative and unique tourism project. 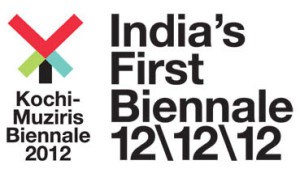 KMB is the first Biennale on Google Art Project.

Indian artist Jitish Kallat will be the Artistic Director and the Curator of the next edition of Kochi-Muziris Biennale in 2014. 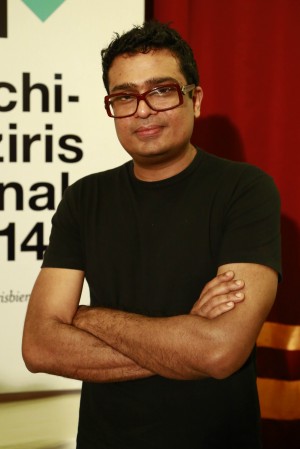 Positive outcome of Biennial Foundation's letter of support for the Kochi-Muziris Biennale in India. 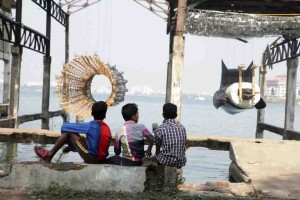 In an open letter undersigned by biennial institutions and related practitioners, Biennial Foundation asks the Kerala Government and the Ministry of Culture in New Delhi to renew financial support for the first biennial of contemporary art in India.

The letter has circulated among all participants of the World Biennial Forum No1 that took place in Gwangju, South Korea in October 2012, and which was attended by over seventy international biennale institutions and representatives. The initiative can be seen as one of the first outcomes of the World Biennial Forum, where it was jointly agreed to create a stronger professional alliance and a support system amongst biennial colleagues around the world.

A Biennale in the Making Braving brickbats, crisis and criticism, the Kochi-Muziris Biennale furthers a cultural consciousness. 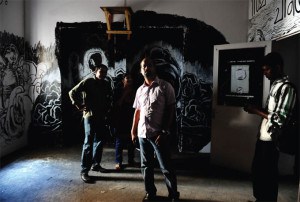 A group of major artists in the state has come out in support for the Kochi-Muziris Biennale. 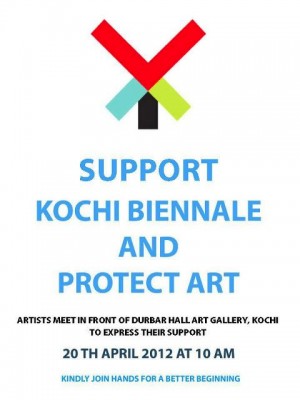 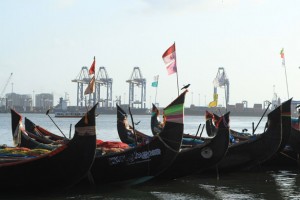 Biennial Foundation and Kochi-Muziris Biennale present Site Imaginaries, a two-day symposium on the occasion of the inauguration of the Kochi-Muziris Biennale, India’s first biennale of contemporary art.
Dates: 15th & 16th December, 2012
Venue: Outset Carnoustie Pavilion, Aspinwall House, Fort Kochi, Kerala, India
Language: English
Symposium Topics: The Biennale in the Indian Context – Perceptions of Change and Realities of Exposition. Knocking Down Roadblock. Biennale as Imaginary: An Artist Prepares. New Beginnings. Biennale as a cultural exercise. Artist as social commentator: generating discourse. Participants: Aman Mojadidi, Amar Kanwar, Ariel Hassan, Ashok Sukumaran (Camp), Clifford Charles, Shahidul Alam, Gayatri Sinha, Geeta Kapur, Gulammohammed Sheikh, Jonas Staal, Joseph Semah, Marieke van Hal, Nalini Malani, Nancy Adajania, Paul Domela, Ranjit Hoskote, Riyas Komu, Robert Montgomery, Sarat Maharaj, Tasneem Mehta, Vivan Sundaram, Vivek Vilasini. Site Imaginaries: The Kochi Muziris Biennale actively engages the rich domain of cosmopolitanism and modernity that is rooted in the lived and living experience of this old trading port, which, for more than six centuries, has been a crucible of numerous communal identities.
It is necessary to explore and retrieve memories in the current global context to posit alternatives to political and cultural discourses, and build a platform for dialogue for a new aesthetics and politics rooted in the Indian experience.
From a global perspective we also need to examine the artist as manifest in expanding geographies, and a redefinition of the regions of art. The two-day international symposium to coincide with the first Kochi-Muziris Biennale will discuss these issues pertinent to the biennale. 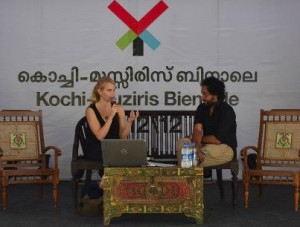 Biennial Foundation and Kochi Biennale Foundation are co-hosting a symposium on emerging platforms for contemporary art in India December 15–16, 2012. 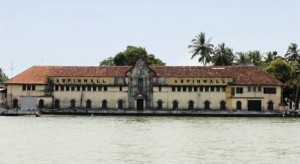 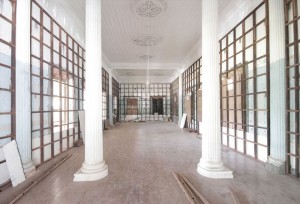