The Ruhrtriennale is an international arts festival hosted by the Ruhr metropolitan area.

Kultur Ruhr GmbH was created in its current form inspired by the Internationale Bauausstellung Emscher Park (1989–99), and is dedicated to producing and hosting contemporary and interdisciplinary art events across the entire Ruhr metropolitan area.

Kultur Ruhr GmbH currently consists of four independent programs: Ruhrtriennale, ChorWerk Ruhr, Tanzlandschaft Ruhr, and Urbane Künste Ruhr. For each branch of Kultur Ruhr GmbH, a three-year term as artistic director is named, marking the autonomy of each of these programs.

Ruhrtriennale has the greatest yields among the four programs within the GmbH and is the most important public presence of Kultur Ruhr GmbH. The artistic director is at the same time the business director of the entire GmbH. Each of the other pillars of the GmbH contributes to the Ruhrtriennale in the form of program contributions.

The Emscher Park international architectural exhibition (IBA) under Prof. Karl Ganser comes to an end after ten years, raising the issue of the future of the industrial monuments it had rediscovered for the arts. At the same time, the government of the state of North Rhine-Westphalia is working on plans to raise NRW’s international profile in a lasting way. The discussions take into account changes in economic, social and cultural structure. One key suggestion to emerge from the IBA, the creation of a decentralized and project-oriented art festival for the Ruhr District, opens up a historic opportunity. Saved from dereliction and now the focus of aesthetic awareness, the fascinating halls, decommissioned power stations and collieries prove to be predestined for new forms of artistic debate. The venues develop to become the distinguishing feature of a festival directed towards the entire region.

The venues of the Ruhrtriennale are the region’s outstanding industrial monuments, transformed each year into spectacular sites for music, fine art, theater, dance, and performance. At the center of all this are contemporary artists seeking a dialog with industrial spaces and between the disciplines. A new artistic director every three years provides the festival with ever-new impulses.

Ruhrtriennale: Training for the Future

Ruhrtriennale: Training for the Future 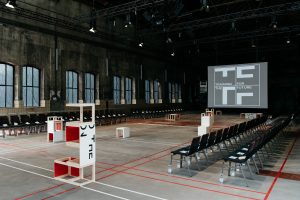 How does art change when space and the public change? This year’s symposium looks into the possibilities, tasks and challenges faced by art projects in public space under changing conditions. 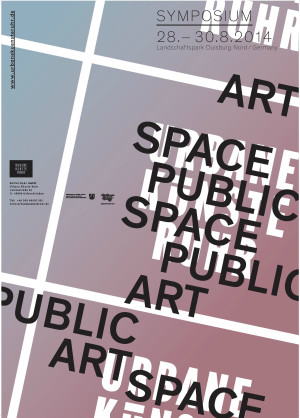