The London Open exhibition continues in the tradition of the East End Academy.

This new incarnation of the Whitechapel Gallery’s triennial open submission exhibition is open to all artists aged 26 or over living and working in the capital.

2012 marks the 80th anniversary of open submission exhibitions at Whitechapel Gallery and the launch of The London Open, a triennial exhibition open to artists aged 26 and over who live and work in London. It replaces the East End Academy, which was established in 1932 and was open to “all artists living and working East of the famous Aldgate Pump”.

Throughout its history, the East End Academy has undergone various incarnations. Initially staged on a yearly basis, it attracted groups of amateur artists and exhibited all works that were submitted. Reflecting the changing demographic of the East End in the 1970s with full-time artists setting up studios in the area, the open submission show was renamed the East London Open and moved to a more professionalised mode of practice. In 1977, the exhibition was renamed the Whitechapel Open and during the 1980s the show was selected by a panel comprising Nick Serotaand Jenni Lomax. The resulting shows presented established artists who lived locally such as Antony Gormley, Cornelia Parker and Richard Wentworth, alongside then emerging artists such as Cathy de Monchaux and Rachel Whiteread.

By the 1990s the open show was established as a biennial with a newly invited judging panel each year, off-site exhibitions and open studios across East London. In 2004, the show was renamed the East End Academy, and in 2009 it was re-established as a triennial exhibition.

These exhibitions consistently provided a platform for a new generation of artists, the majority of whom had not shown in a major institution before.

The first edition of The London Open 2012: Curators. 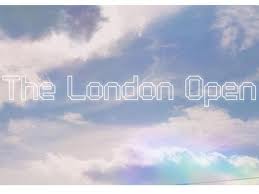 Call for entries: The London Open. 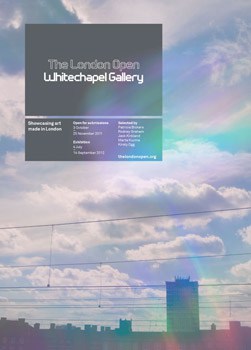