Within the transnational context in which it is produced, Meeting Points aims to explore the richness of the emerging individual voices in visual arts, theater, contemporary dance, and music. Meeting Points is neither purely an artistic and performance event, nor an academic and theoretical forum; each edition it is an invitation to artists, as well as cultural producers and thinkers across all strata of culture to think, reflect, and present their visions and art productions that engage with the socio-political context.

The event is organized in collaboration with a local partner in each city, in which the curators work closely with independent spaces, artists, and networks of organizations. The event has no center (city) where activities take place; rather, it generates a discourse across multiple centers (cities). Meeting Points started on a smaller scale in one of two cities in the Arab World. The fourth edition extended to a presentation in seven cities simultaneously. For each edition, a curator is appointed to design and propose the conceptual framework of the event.

Meeting Points is a multidisciplinary contemporary arts festival focused on the contextualized presentation of art from the Arab World. 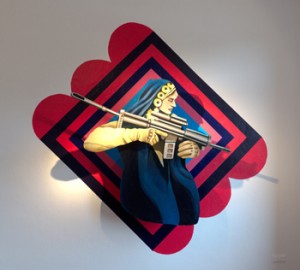 Curated by Okwui Enwezor and organized by the Young Arab Theatre Fund (YATF), Meeting Points 6 will take place across eight historic cities in the Middle East, North Africa, and Europe over a one year period between April 2011 and March 2012. 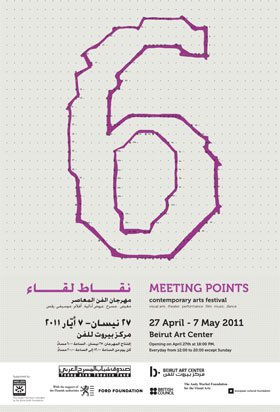