October Salon the biggest international exhibition of contemporary art in Serbia, established by the City of Belgrade in 1960. It started as an exhibition of the best works of fine ...
Read More

October Salon the biggest international exhibition of contemporary art in Serbia, established by the City of Belgrade in 1960. It started as an exhibition of the best works of fine arts, and went on to become, by 1967, an important review of current tendencies in applied arts, as well.

With tradition of half a century, it represents a significant segment in study of contemporary art. It has become a reference point in Serbian culture. In its history, it changed conception and organizational patterns, but remained a formidable display for the creative consciousness.

Conception of the Salon is decided upon by the Board, consisting of acknowledged connoisseurs in the field of visual arts (art historians, critics, and artists), appointed by the City of Belgrade. The Board appoints the Jury, who bestow three equal awards to best accomplishments. Starting from 2001, appointment of an art director is introduced, who proposes the concept of the Salon.

Until 2005, it was a representation of the art scene in Serbia. Aiming to establish a more profound dialog with the international art scene, the City of Belgrade and the Board have turned toward an international character of the future October Salon. This shift in concept and structure is immensely important for development of the oldest and most significant art manifestation in Belgrade. By virtue of it (the shift), the name of this city has been written down in the international calendar of art happenings, and home scene brought to life by enabling of conjoined exhibiting and direct comparison with international art flows and productions.

The organizer of the October Salon is the Cultural centre of Belgrade, founded in 1957, as a multidisciplinary cultural institution. In its rich history it never strayed from its initial idea – to promote the highest artistic, cultural and social values and to support high creative reaches, explorations and experimentation in both domestic and international scenes. In a unique complex of multipurpose spaces, a combined area of over 2,000 square meters, in a trilaterally oriented building of Press House, a typical representative of Serbian mid-twentieth century architecture (arch. Ratomir Bogojević), and often in areas around it, various exhibitions of contemporary art, film projections, concerts, literary programmes, lectures, workshops, round tables, conferences and happenings are intertwined on a daily basis.

The 58th October Salon will present the exhibition titled The Dreamers. The show intends to question not only the misleading and ambiguous nature of the real but the space occupied by dreams—intended as the metaphorical embodiment of a space of freedom—which is able to challenge the certainty of the real world, of acquired knowledge and… 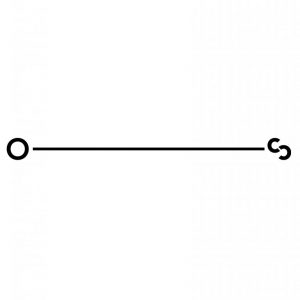