From its very first edition SONSBEEK has continued to flex the boundaries of international contemporary art. With its leading editions held between 1949 and 2008, SONSBEEK has constantly played a pioneering role through its novel presentations of art in public space.

The history of the Sonsbeek exhibitions taking place in Arnhem’s city park goes back to 1949. At first it was a biennale, soon after as a triennial, but since 1958 the interval became irregular.

The exhibition was initiated in an effort to help Arnhem recover from the heavy damages the city suffered during the Second World War. In 1948 the Arnhem alderman H.M.A Klompé visited the open-air exhibition in Battersea Park, London, which led to the founding of Arnhem exhibition.

Sonsbeek ’49 combined art and the lush nature of Sonsbeek park, and by doing so served as a mental salve for the traumatised inhabitants. The exhibition exceeded all expectations: 125,000 people visited the park.

Since this first edition in 1949, Sonsbeek has contributed to and redefined international contemporary art. It has also been instrumental in shaping the presentation of art in public spaces.

The first four editions were very successful if one considers the public response and the number of visitors. They all gave an overview of international classic modern art, often with subjects related to the Second World War. The fifth edition, however, could not compete anymore with other international events, and therefore the policy changed radically. Since then the Sonsbeek exhibitions showed contemporary art.

The 1971 edition (curator Wim Beeren), was equally groundbreaking, in spite of the relatively low number of visitors and critical reception. Entitled Sonsbeek buiten de perken (Sonsbeek beyond lawn and order), it transgressed the boundaries of an event and exhibition. It expanded beyond the time and space of the show and set the tone for the consecutive editions.

The 1986 edition (curator Saskia Bos) stayed in the park and showed the colorful works of artists of the arte povera generation.

The exhibition of 2008, (curator Anna Tilroe), called Grandeur, is best known for its so-called procession. It brought artworks through the town and symbolically back to the park. The last edition in 2016 was curated by ruangrupa. Since 2016, Sonsbeek has become a quadrennial exhibition.

sonsbeek20→24: force times distance ⏤ on labour and its sonic ecologies July 2–August 29, 2021 sonsbeek20→24, entitled force times distance — on labour and its sonic ecologies, will run in Arnhem, the Netherlands, from July 2 through August 29, 2021, celebrating the opening of its 12th edition. Amidst everything that has and is still going… 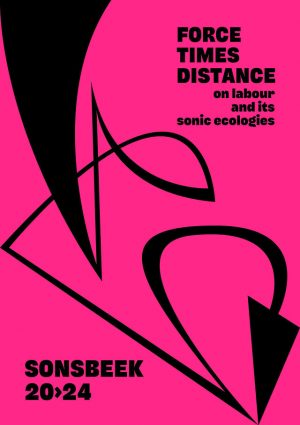 The 12th edition of the international art event sonsbeek20→24 titled Force Times Distance – On Labour and its Sonic Ecologies, initially planned for summer 2020 and rescheduled for 2021, will take place from April 10 through June 21, 2021. Furthermore, sonsbeek20→24 takes this opportunity to announce new collaborations with Stedelijk Museum in Amsterdam and Centraal… 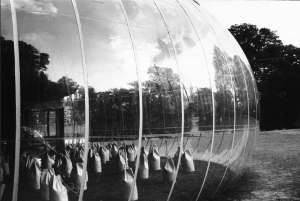 sonsbeek20→24 Force Times Distance On Labour and its Sonic Ecologies sonsbeek, the path-breaking exhibition for art in the public space since 1949, is very pleased to announce the artists and a number of participants that will contribute to its upcoming edition, which has been postponed to 2021 due to COVID-19. The 12th iteration of the… 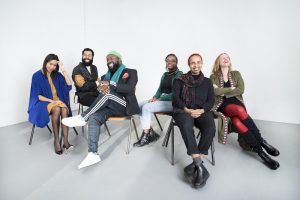 Sonsbeek comes back with a double edition sonsbeek20-24

sonsbeek20-24 Force Times Distance On Labour and its Sonic Ecologies June 5–September 13, 2020 The 12th edition of the sonsbeek quadrennial, sonsbeek20-24, which will run from June 5 to September 13, 2020 and onwards to 2024, takes place under the auspices of artistic director Bonaventure Soh Bejeng Ndikung and his team of co-curators Antonia Alampi,… 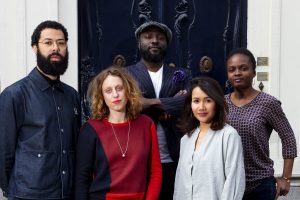 Bonaventure Soh Bejeng Ndikung (1977, Yaoundé, Cameroon) has been appointed artistic director of sonsbeek 2020. The 12th edition will take place in and around Arnhem from June 5 to September 13, 2020. Ndikung was appointed by unanimous recommendation of an international selection committee. He is a curator, art critic, author, and biotechnologist, as well as… 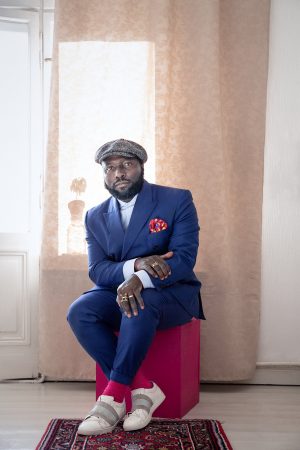 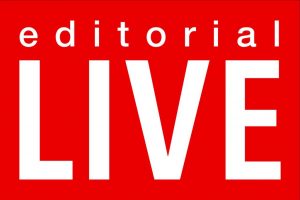 Sonsbeek returns in June with ruangrupa